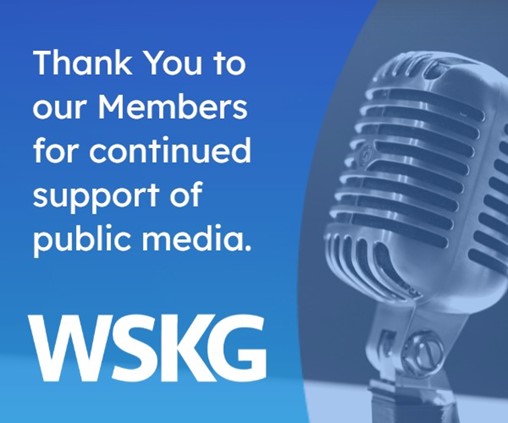 VESTAL, NY (WSKG) — U.S. Sen. Kirsten Gillibrand (D-NY) plans to introduce a bipartisan bill to establish a regulatory framework for cryptocurrency in the coming weeks. Gillibrand spoke alongside Sen. Cynthia Lummis (R-Wyo.) at an event hosted by POLITICO in Washington Thursday. The two senators said they plan to introduce legislation to begin addressing regulatory matters associated with digital currency. The move comes as lawmakers in the New York Legislature push to curtail some energy-intensive cryptocurrency mining operations in the state, due to concerns about their environmental impacts. Legislation to implement a three-year moratorium on proof-of-work cryptocurrency mining passed through the Assembly Environmental Conservation Committee last week. Asked about the energy concerns, Gillibrand acknowledged the effort to implement a moratorium, but did not indicate whether she supported the move. “Senator Gillibrand is carefully studying this issue and potential solutions,” Gillibrand spokesperson Lizzie Landau wrote when asked if the senator supports a moratorium on proof-of-work mining in New York. “She believes we should avoid creating a situation where jurisdictions ‘race to the bottom’ in an effort to attract new businesses, which could cause firms to simply move from locales with high environmental standards to those with low or no environmental standards. She believes that companies must be held accountable and cannot avoid regulations simply by moving; rather, she believes we should incentivize them to use renewable energy and to act as stewards for their local ecosystems.” Gillibrand’s office indicated that the forthcoming legislation will likely include reporting requirements on blockchain networks to disclose how their validation processes work. That information, Gillibrand hopes, will allow potential cryptocurrency investors to weigh details, including energy demand. “I think the environment is important to a lot of people, so I think you do have to address it on some level and you can do it through consumer choice and you can do it through transparency,” Gillibrand said. The senator also referenced the Greenidge Generation power plant, a Bitcoin mining operation along Seneca Lake in Yates County that has sparked protests from environmental activists. The New York Department of Environmental Conservation (DEC) is currently considering whether to renew the plant’s air pollution permits, given its new Bitcoin mining operation. The department previously indicated it would release a decision in the matter by Thursday. Gillibrand has called for the Environmental Protection Agency to exercise oversight powers over the permitting process for Greenidge.