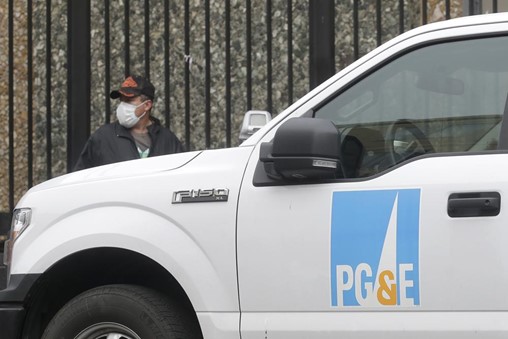 SACRAMENTO, Calif. (AP) — California Gov. Gavin Newsom has named his senior adviser on energy policy as the next president of the powerful state body that regulates utilities. Alice Reynolds is set to lead the five-member California Public Utilities Commission beginning Dec. 31, taking over a job that includes oversight of Pacific Gas & Electric and other electric utilities as they grapple with wildfire safety and the use of intentional power shutoffs to prevent blazes in the nation’s most populous state. Her appointment requires confirmation from the state Senate, but that’s often a formality that comes after the person is already in the job. The commission also has control over telecommunications, rail, water and transportation companies such as Uber and Lyft. Reynolds replaces Marybel Batjer, who is retiring after taking the job in 2019. Batjer came to the position with experience leading government agencies but did not have a background in energy policy. Reynolds, in contrast, has been deeply engaged on key issues before the California Public Utilities Commission, including 2019 legislation that required major utilities to spend billions on safety improvements and created a $21 billion fund those utilities could tap to help pay claims from catastrophic fires. The legislation came as PG&E was in the midst of bankruptcy proceedings following its role in sparking a deadly 2018 wildfire. “Alice has been indispensable in our work to move California toward a cleaner, affordable and reliable energy future, navigate the bankruptcy of the state’s largest investor-owned utility and accelerate the state’s progress toward meeting our clean energy goals,” Newsom said in a statement. Before serving as Newsom’s senior adviser on energy, Reynolds held a similar role for former Gov. Jerry Brown. She also served as deputy secretary for law enforcement and general counsel for the state’s Environmental Protection Agency from 2011 to 2017. “She’s highly qualified to sit in the seat. The question is how she’s going to deal with the utilities and whether she’ll be really tough on them,” said Jamie Court, president of Consumer Watchdog, an organization that often spars with the commission. Court and Mark Toney, executive director of The Utility Reform Network, another group that regularly interacts with the commission, noted the CPUC is supposed to operate independently of the governor’s office. But its commissioners, like Reynolds, often have close ties to the executive branch. “We want to remind her that the CPUC commissioners have to make decisions for the public interest independently of what the governor may want,” Toney said. On Monday, the commission issued $7.5 million in fines to PG&E for safety code violations. It found the utility failed to properly inspect and repair a transmission line in Sausalito between 2009 and 2018 and failed to inspect all of its distribution poles in 2019. Beyond monitoring utility safety inspections, the commission has a hand in regulating when utilities can shut off power during high-risk wildfire weather, as well as their transition to clean energy. Reynolds, in her role in the Newsom administration, has been actively engaged on most policies related to the energy sector. That includes the closure of the Diablo Canyon nuclear power plant, efforts to decarbonize California buildings and the state’s broader transition to clean energy. “She has unmatched expertise on California energy issues,” Victoria Rome, director of California Government Affairs at the Natural Resources Defense Council. Spokespeople for Newsom’s office and the CPUC did not respond to requests for an interview with Reynolds. The job pays nearly $230,000 a year.