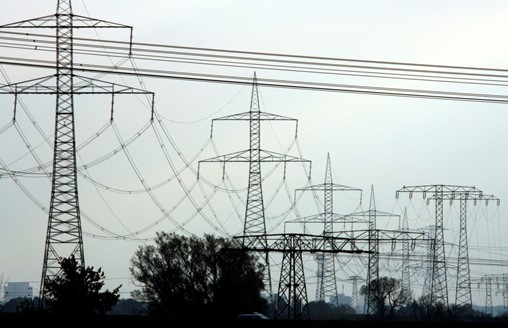 High-voltage power lines and electricity pylons pictured near Berlin, November 7, 2006. REUTERS/Pawel Kopczynski FRANKFURT, Sept 2 (Reuters) - The Court of Justice of the European Union on Thursday said Germany's energy regulator must be more independent in applying the bloc's electricity and gas regulations. The CJEU criticised the Bundesnetzagentur's (BnetzA), practices regarding company unbundling rules and methods related to the calculation of network tariffs. It sided with the EU Commission in a case which will be relevant to continued moves to more decarbonised systems known as the "energy transition". The BnetzA said it would study the ruling but not rock the boat for investors ahead of possible changes in implementing EU electricity and gas regulations. "The Bundesnetzaentur will reduce legal uncertainties as much as possible in the transition phase," said president Jochen Homann."We guarantee legal security for the investments that are essential to achieve the climate protection goals." BnetzA, which reports to the Berlin Economy Ministry, is in charge of setting operators' permitted incomes from services delivered via grids to protect consumer interests. The statement issued by the court said it had four criticisms in the energy sphere: - Germany had interpreted the need to separate energy transport from production and supply narrowly, to parts of companies within the EU. The law requires that it is necessary to include the activities of producers and suppliers from outside the EU to help avoid possible conflicts of interest concerning companies' transport activities inside the bloc. - There were insufficient waiting times for managers switching roles between energy and other companies. - There was lax application of rules forbidding them from holding stakes in parts of companies. - There was also overlap in some elements of BnetzA's decision-making on calculating grid tariffs both at home and across borders, and on fair access to grids, with the related laws enacted by the government, which impaired the authority's neutrality. Lawyers for the energy industry said the court decision could impede climate change moves, which necessarily were politically- driven, and warned of a "giant authority" in the making. Local utility group VKU said the move undermined confidence at a time when digitisation was important.