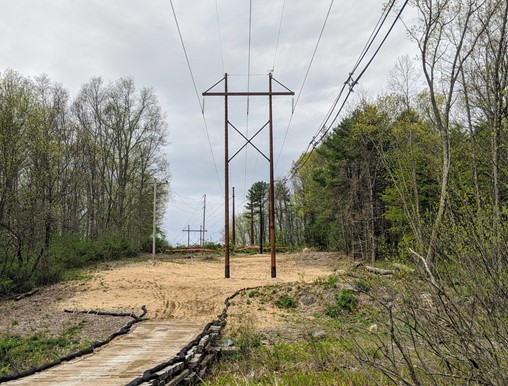 New Hampshire has a state Department of Energy for the first time, as of the summer. The new agency will work with Gov. Chris Sununu and the Public Utilities Commission to make and carry out energy policy for the state — whether it's to lower rates, update the grid or fight climate change. Get NHPR's reporting about politics, the pandemic, and other top stories in your inbox — sign up for our newsletter today. This transition is already raising a lot of questions about the state's energy future and who will have power over it. Why did the state create a new Department of Energy when other agencies already work on energy policy? Democrats first proposed this change a few years ago, and it became a bipartisan idea this year. Many New Hampshire agencies already do energy-related work, but none of them are designed to work on energy policy specifically. In the past, this issue has been concentrated in state agencies that no longer exist or in the governor's office. There's also the Public Utilities Commission, the quasi-judicial independent agency that is in charge of energy regulation and has also done a lot of policy-related work in the past. The Department of Energy is supposed to take over all that policy work and free up the PUC to focus on its more court-like functions, according to Sununu. "Up until now, the Public Utility Commission was also managing a department that was advocating for certain policy that ultimately would have to be adjudicated by the PUC," he told NHPR at an energy-related bill signing last week. "There was just a massive inherent conflict of interest. So Republicans, Democrats, everyone agreed this system just wasn't designed the right way." The Department of Energy also effectively replaces the governor's Office of Strategic Initiatives, which used to do a lot of energy policy and now no longer exists, according to deputy energy commissioner Chris Ellms. What kind of energy policies do we expect the new Department of Energy to focus on? The state's 10-year energy strategy is due for an update later this year. That document is what the Department of Energy's Ellms pointed to when asked what the agency's priorities would be. "The State Energy Strategy by its very nature is a statement of New Hampshire’s energy policy priorities and goals," he said in an email. "The Department of Energy will continue to advance public policy decisions that improve outcomes for New Hampshire’s consumers and will protect the State’s interests in our ever-changing energy landscape." The state also has an energy policy written in statute, which focuses on meeting energy demand at the lowest cost, ensuring reliability and fuel diversity and energy efficiency, protecting health and the environment and utility finances. But some stakeholders say those policies were never very strict or specific in how they were applied, or tended to be at the whims of politics and political change. Kate Bailey, a former PUC commissioner whose term ended the summer just before the launch of the new department, said the state could be clearer about its energy priorities moving forward. "I don't think that there was a real, formed energy policy other than we have high rates and we need to get them lower. That was the energy policy," she said. "The utilities and the [PUC] parties and staff worked on cases like grid [modernization] and energy efficiency resource standards to advance an energy policy, but absent a real political will for that energy policy, maybe it gets stalled." We've reported that an update to that energy efficiency standard has been stalled at the PUC for most of this year. Is this the kind of thing the new Department could address? The PUC has been overdue to approve a new set of energy efficiency goals for the state's utilities since February. Advocates say the delay is affecting jobs and businesses and that not advancing energy efficiency leaves financial savings on the table for consumers in the state. State utility ratepayer advocate Don Kreis said he thinks that the legislature should call the chair of the PUC to a hearing to explain this delay. "I can't explain it. I'm extremely concerned about it," he said. "And I think it is, frankly, an abdication of regulatory responsibility." Kreis also said the Department of Energy should urge the PUC to move forward on the energy efficiency plan. Elms, the deputy energy commissioner, said the PUC is independent and the efficiency issue predates the new Department of Energy. Many people in the state are pushing for more aggressive action on all of these issues as we address climate change. How independent or significant will the Department of Energy be on that issue? Several top officials at the new department come straight from the governor's office. The budget bill that set up the department also made the PUC chair answerable to the governor, which is a big change. So regardless of how independent these agencies are designed to be, it seems clear this reorganization will give the governor more influence over energy policy. Right now, New Hampshire has the lowest, shortest-term renewable energy goal in New England and no target for lowering greenhouse gas emissions, setting it apart from many neighboring states. Sununu has supported offshore wind development, which will be under the purview of the new department, and has supported small-scale solar power. But many climate advocates want him to do much more for economic and environmental reasons. It remains to be seen whether those changes move faster under the new Department of Energy than they have elsewhere in state government in the past. The new department also has no permanent commissioner yet. Tuesday marked the end of the 60-day term for interim energy commissioner Jared Chicoine, also an alumnus of the governor's office. A nominee for the agency's first commissioner could come as soon as Wednesday at the Governor and Executive Council's meeting in Manchester.