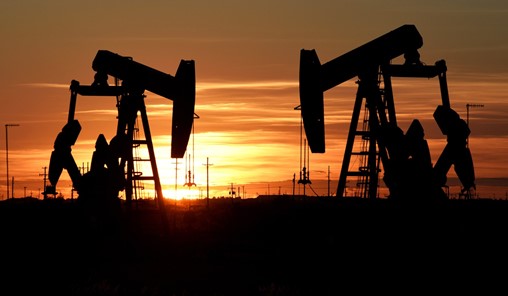 A lawsuit has halted a policy that would have cost New Mexico more than $1 billion in revenue by 2022. On June 15, 2021, U.S. District Court Judge Terry Doughty issued a preliminary injunction halting the Biden administration’s moratorium on new oil and gas permits on federal lands and in federally controlled offshore areas in the Gulf of Mexico. The lawsuit was filed by 14 states that were set to lose out on significant oil and gas development if the moratorium remained in place indefinitely. Ironically, of all the states impacted by Biden’s moratorium, increasingly deep-blue New Mexico had the most to lose. According to an analysis from the American Petroleum Institute, New Mexico would be expected to lose over 62,000 jobs and $1.1 billion in revenue from the moratorium by 2022. Ranking third among all states in oil production and a leader in natural-gas production as well, New Mexico would have lost nearly half of total production in both had the moratorium stuck. Wyoming, the next-most-affected state, would have lost just a bit over half as much revenue ($641 million) as New Mexico. And, with an annual general fund budget of $7.4 billion, that is a lot of revenue for New Mexico to make up. Unfortunately, in this world of “red” and “blue” states, self-interest was not enough to get New Mexico attorney general Hector Balderas to join the lawsuit. So, no thanks to any of our own elected officials (or former New Mexico congresswoman, now Interior secretary, Deb Haaland), New Mexico likely just dodged a dagger aimed straight at the heart of the state’s economy. Better still, a combination of market forces and geological discoveries means that New Mexico’s oil and gas industries (like America’s) could be heading into an era of unprecedented prosperity, if the political forces arrayed against them can be held at bay. Before the COVID-19 pandemic, oil production in New Mexico’s Permian Basin (which it shares with Texas) had been growing rapidly. As recently as 2010, New Mexico was the seventh-leading oil-producing state in the nation with 65 million barrels a year. By 2020 (despite the pandemic), annual production had risen to 379 million barrels. Now, it appears that New Mexico is on the verge of surpassing North Dakota to become the nation’s second-largest crude-oil producer. March 2021 data (the most recently available) from the Energy Information Administration show New Mexico producing 1.16 million barrels of oil per day compared with 1.11 million in North Dakota. Like most of New Mexico’s post-2010 surge, the state’s continued growth is being driven by new discoveries that are accessible through new technologies — notably, “fracking.” Furthermore, as the Permian Basin has already been producing large quantities of oil and natural gas for decades, the infrastructure to access and move the product is already in place. As if all of these convergent factors acting in support of New Mexico’s oil and gas industry weren’t enough, while motorists may not be thrilled, prices at the pump clearly show that the industry is doing quite well in the wake of COVID-19. If analysts from Bank of America are right, the boom is just getting started. They predict that by 2022, crude-oil prices could hit $100 per barrel. This means even more jobs and tax revenues flowing into New Mexico, and it means reliable (if not necessarily cheap) energy for Americans. Ironically, despite all of this good economic news for the state, New Mexico’s history of rule by left-wing Democrats has left it in pretty bad shape, thanks in no small part to the intense lockdowns enforced during the pandemic. Oil and gas and the money it brings may help, but if the state’s political leadership doesn’t do a better job managing the boom, the next bust could be harder to manage. According to the Bureau of Labor Statistics data for May, New Mexico’s unemployment rate is second highest in the nation at 8 percent. Worse, due to the state’s poor performance on a variety of education, economic, and crime rankings, New Mexico was recently ranked as the worst state in the U.S. in which to live. Agree with the data or not, the Land of Enchantment has some deep-seated and serious issues to deal with. And, while most problems are made easier with money as opposed to without it, a system in which politicians have plenty of resources to spend regardless of the success or failure of their economic policies is not a great system. In fact, it is a system that has fueled awful government in places such as Saudi Arabia and Venezuela (to name just two poorly governed petro-states). Will things be different this time for poor New Mexico? The political and economic situation are extremely volatile, and it is hard to tell. With energy largesse flowing in, the Land of Enchantment could finally add a strong economy to its name. Political will has always been the missing ingredient.