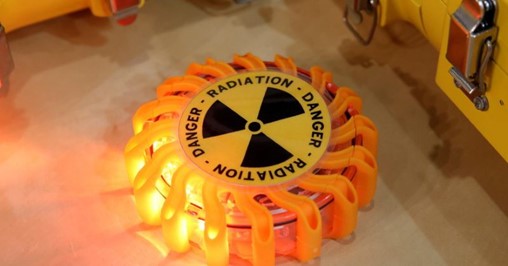 WASHINGTON, June 14 (Reuters) - The U.S. nuclear power regulator has approved production of uranium fuel that is far more enriched than fuel for conventional nuclear power plants, the company aiming to make the material said on Monday. The fuel is known as high-assay, low-enriched uranium, or HALEU. Nonproliferation experts are concerned about the fuel as it is easier to convert into fissile material, the key component of nuclear weapons, than conventional reactor fuel. Centrus Energy Corp (LEU.A) said the Nuclear Regulatory Commission, or NRC, approved the company's request to produce HALEU at a Piketon, Ohio, plant, and it expects to be demonstrating production of the fuel early in 2022. "This approval is a major milestone in our contract with the Department of Energy," said Daniel Poneman, Centrus' president and chief executive. Under a 2019 contract with the Energy Department, Centrus is constructing AC100M centrifuges to demonstrate HALEU production. The $115 million, cost-shared contract runs through mid-2022. Centrus said HALEU offers advantages for both existing and next-generation reactors, including "greater power density, improved reactor performance, fewer refueling outages, improved proliferation resistance, and smaller volumes of waste." The fuel will be allowed to be enriched to 5% to 20% uranium-235. That is less than the enrichment level of about 90% used in a nuclear weapon, but is far higher than fuel used in conventional nuclear reactors, which is about 3% to 5% enriched. Nonproliferation experts voiced concern about the signal the approval sends to other countries, especially because Washington is trying to stop Iran from enriching 20% uranium. "I am concerned about the potential development of advanced reactors and fuel cycles that will require large quantities of HALEU without a full evaluation of the consequences for proliferation and nuclear terrorism," said Edwin Lyman, director of nuclear power safety at the Union of Concerned Scientists. A Centrus spokesperson said the United States "has always required adherence to the highest standards for safety, security and nonproliferation for any nation that buys our fuel, which is why it is so important that America does not cede this market to others." NRC spokesperson David McIntyre said the agency had no comment.