The Colorado Sun190 day(s) ago 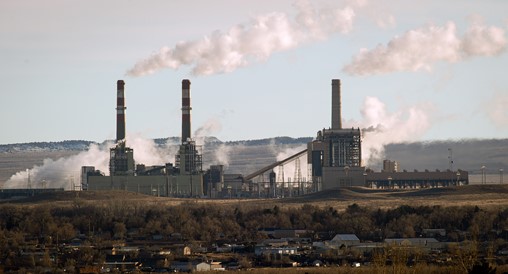 Colorado utility customer surcharges for the February freeze that paralyzed Texas will range from $44 to a high of $557 over time, depending on the region and the company, according to the most recent requests filed at the Public Utilities Commission. The Office of Consumer Counsel, the governor’s office and others have said they will continue to question the surcharges. They argue the utilities that bought natural gas at inflated prices to generate electricity or deliver to customers should have warned consumers how they could avoid the surging bills. The utilities asking the PUC for permission to pass on the costs say they had to buy enough energy to meet the potentially high demands of consumers during the extreme cold snap, and that current rules don’t allow them to warn customers solely on the basis of higher costs. They are asking the PUC to approve boosts to monthly customer bills to cover hundreds of millions of dollars in extra fuel costs as delivery systems broke down in the storm. Xcel said its calls for conservation are usually aimed at easing pressure on delivery systems and ensuring customers can get what they need for safety and comfort, said spokesman Randy Fordice, in an email statement about the latest filings. “Fortunately, in this case, the systems performed well and delivered natural gas and electric service for our customers.” Xcel is working with regulators on how to do more to protect consumers from price spikes in future storms, Fordice wrote. Under Colorado utility rules, the companies have the right to “pass through” the raw cost of fuel to the consumer, instead of asking shareholders to absorb the sharp fluctuations in cost and risk their profits. But the utilities also must make efforts to lower costs, and that remains a question, said Joseph Pereira, deputy director of the Office of Consumer Counsel. “That’s a key issue, what is expected of a reasonable utility, informing customers on actions they can take during such an event,” Pereira said. The latest rate increase requests from Xcel, have average gas customers paying $6.20 a month more for 24 months, and average electric customers paying $2.86 a month. The average consumer who has both services would pay a total of $217.44 for storm costs. The storm impacted utilities in Texas the most, but high demand elsewhere and frozen delivery systems shot natural gas prices from the typical $3 a unit to hundreds of dollars a unit over Presidents’ Day weekend in mid-February. Temperatures in Colorado were cold, but not debilitating, and areas west of the Continental Divide were relatively balmy. Still, utilities can only store a fraction of their gas needs ahead of time, and Colorado companies had to buy in markets distorted by distant problems. Black Hills Energy wants to charge Colorado customers in its service areas in parts of Larimer and Weld counties up to 20% more for gas for 36 months, totaling about $557 extra. For its areas from Castle Rock to the south, it wants to charge gas customers 22% more a month for 36 months, for $422 total. Its westernmost areas of Colorado will pay $150 extra over 12 months, on average. Black Hills said its electric utility faced extra costs for its gas-powered electrical generator at Pueblo Airport, and seeks $3.83 per month from the average residential electric customer over 24 months. The generating station kept the lights on “at a time when renewable sources such as wind and solar were providing less power to our system,” Carly West, Black Hills’ manager of community affairs for Colorado, said in an emailed statement. Colorado Natural Gas is proposing to charge eastern Colorado customers $540 over 60 months, and Cripple Creek-area customers $148 over the same period. Atmos Energy told the PUC it wants about $214 extra from its northernmost Colorado customers over 36 months, and about $44 over 12 months from its southwestern customers. The utilities want to start the surcharges on customer bills by late summer or early fall, as some have borrowed money or issued new securities with interest costs in order to pay for massive February gas bills. Continuing questions about how the utilities planned for the storm and then bought their gas supplies could stretch that start time out further.