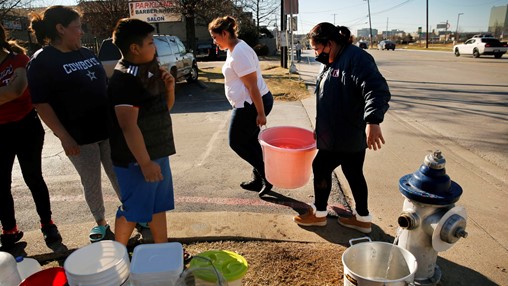 AUSTIN — A new set of Texas electricity regulators began to take shape Monday, as Gov. Greg Abbott nominated a finance expert to be the next chairman of the Public Utility Commission while his earlier choice of a PUC member moved toward Senate confirmation. The Republican governor put forward Peter Lake of Austin, who has spent more than five years as an Abbott appointee to the Texas Water Development Board, as his second commission pick in as many weeks. “I am confident he will bring a fresh perspective and trustworthy leadership to the PUC,” Abbott said of Lake, who once worked as a trader of futures and derivatives for a firm belonging to the Chicago Mercantile Exchange and more recently has eagerly promoted bonds for the State Water Implementation Fund for Texas. “Peter’s expertise in the Texas energy industry and business management will make him an asset to the agency,” Abbott said in a written statement. “I urge the Senate to swiftly confirm Peter’s appointment.” On Monday, the Senate appeared to be moving quickly to confirm Abbott’s April 1 selection for the PUC, Will McAdams, president of Associated Builders and Contractors of Texas and a former legislative aide who helped write policy for regulated industries such as electricity. McAdams was among the 129 nominees that the Senate Nominations Committee voted out, 8-0. His nomination heads now to the Senate floor. All three of Abbott’s hand-picked PUC commissioners who were in place before and during February’s calamitous winter storm have since quit or said they’re resigning. The polar vortex left in its wake physical and financial wreckage after a nonprofit grid operator answering to the PUC shut off electricity to more than 4 million Texans, causing the deaths of at least 125 people, 13 of them in the Dallas-Fort Worth area. In a 45-minute confirmation hearing, McAdams drew praise – and few tough questions. McAdams, who previously worked for three GOP senators, testified that had he been on the commission in February, he would not have kept in place a controversial, $9,000-per-megawatt hour price cap on wholesale power for about 32 hours on Feb. 18-19. “I don’t see myself making that decision,” he said. McAdams, though, hedged slightly, saying he’s not privy to all information that the Electric Reliability Council of Texas, or ERCOT, and the PUC may have had at their disposal during the crisis. The comments were notable because Lt. Gov. Dan Patrick and the Senate have fought with Abbott and the House over $16 billion in overcharges that, according to an independent market monitor, wrongly accrued near the end of the Feb. 15-19 outages. Sen. Charles Schwertner, R-Georgetown, said the commission’s former chairwoman, DeAnn Walker, and Bill Magness, president of ERCOT, decided to hold the high cap in place because there “was still great concern about grid stability, even though there was