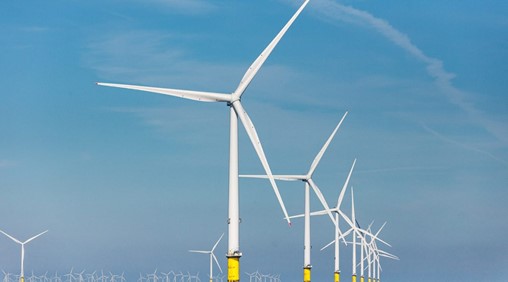 Offshore wind energy could deliver. And President Biden says that it could produce 30 gigawatts of electricity by 2030 — enough to power 10 million homes. Indeed, the political, technological, and environmental gales are converging. But the high costs and the concerns over marine ecology remain an impediment. As the United States charts its course to become carbon neutral by 2050, it must make massive investments in low-carbon technologies. Offshore wind energy has towering potential but does it have the right punch? “The projections show, in 2030 and beyond, an increase in electricity usage,” says Neil Wilmshurst, a senior vice president for the Electric Power Research Institute (EPRI), during a talk with this reporter. “Offshore wind turbines are closer to the electricity demand because most Americans live near the coasts. The Biden administration has made clear its climate goals. This is long-term infrastructure play. And if done right, it could be a huge win for the United States. It could be a tremendous economic engine for the Northeast with massive investments in infrastructure, shipping, maintenance.” The Department of Energy has previously estimated that wind energy could provide 20% of the nation’s energy by 2030 — up from 8% today. Much of the potential rests in federal waters. To help it get there, the Energy Department will offer $3 billion in loan-guarantees to those projects. Wood MacKenzie says that $211 billion will get invested in offshore wind over the next five years. It says that 2 million acres of federal waters off the shores of New York, California, North Carolina, and South Carolina could be auctioned. That would 28 gigawatts of offshore wind development and generate $1.2 billion for the U.S. Treasury. And that creates jobs too: 31,000 new ones a year tied to turbine manufacturing and 4,000 more annually to improve transportation and ports. MORE FOR YOUThe Most Interesting Opportunity In Electric Vehicles Is Not Where Investors Are LookingDollars Or Barrels: The OPEC+ ChallengeCanoo Reveals Trio Of All-Electric Multi-Purpose Delivery Vehicles In 2016, a 30-megawatt wind farm off the shores of Rhode Island started up. New York State, meantime, now has a smaller wind project under review and it hopes to generate 2,400 megawatts by 2030. Massachusetts and New Jersey have larger projects under study that each expects to be completed by 2024. The U.S. Department of Interior will lease areas of the Atlantic for wind energy development — a move that could possibly spawn more than a dozen new projects. Political and Regulatory Winds Shifting Along the West Coast, interestingly, “floating wind turbines” that are not mounted to the seabed floor are under consideration. Oil companies use floating platforms and the industry understands the ocean topography while such ventures would allow them to diversify their holdings. Norway’s Equinor is actively pursing offshore wind. “Providing new offshore wind opportunities, establishing permitting milestones, and boosting critical investments into the supply chain, ports, and workers will provide a foundation for exceptional offshore wind growth,” says Erik Milito, president of the National Ocean Industries Association. To be sure, offshore wind energy has stumbled out of the gate in this country: Cape Wind, which would have been built off the Massachusetts coast, pulled the plug after years of regulatory hassles. NRG Energy NRG +1.7%, meantime, has indefinitely delayed its wind deal off the Delaware coast. And Spanish wind developer Siemens Gamesa has also suspended its plans to build off the Virginia coastline. The big thing is cost: land-based wind facilities cost at least 50% less to build than offshore wind units. That is because developers must build under-seas cables before hooking those up with transmission wires that are onshore. There is also the “Jones Act” that requires goods shipped between U.S. ports to be transported on U.S.- owned and operated ships. The law could possibly be disruptive, according to the law firm Winston & Strawn, because European firms with foreign vessels have the skillset to build out offshore wind farms. There are ecological issues as well — the impact such development would have on marine life and the migratory patterns of whales. And then there’s the effect that hurricanes sweeping up the Atlantic Coast shoreline would have on reliability and whether the wind farms could withstand such a pounding. But the political winds are shifting. Now, it is a matter of making a business case: the ocean gales are much strong and more reliable than onshore, says EPRI’s Wilmshurst. The technology is fundamentally the same no matter where the turbines are placed, he adds. But those designed for offshore are much bigger and thus, can generate more electricity. They also have built-in redundancy to minimize maintenance costs. Some of the biggest wind turbine manufacturers include General Electric GE -1.3%, Iberdrola, Orsted, Siemens, and Vestas. They are expanding in Europe, which now has 116 offshore wind farms across 12 countries, says Wind Europe. Poland, Spain, Greece, Ireland, and the three Baltic States also have plans to build offshore wind farms. The United States, though, may ultimately choose to spread its risks. While the oceans have great prospects for wind energy, says Wilmshurst, the people may not want their coastlines dotted with turbines. “We will ramp-up non-CO2 emitting resources but it will be an optimal solution: nuclear, wind, solar, and hydro. It will be a mixture of it all.” Given the nation’s newly-set carbon goals, the case for building offshore wind energy just got stronger. It works in Europe. For it to compete in the United States, however, Americans must be convinced that the investment will pay off — that the job creation and environmental benefits will outweigh the added costs.