The Colorado Sun21 day(s) ago 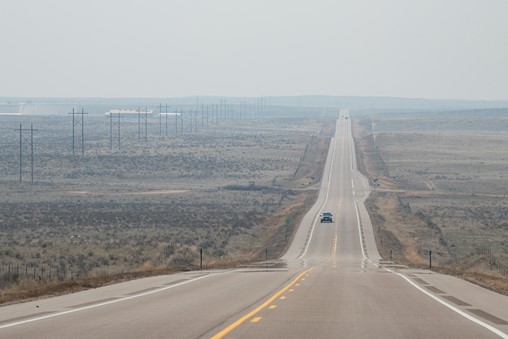 In a move to bolster Colorado’s push to cut greenhouse gas emissions, Democratic legislators are seeking to put pollution reductions outlined by the Polis administration into law, set deadlines and provide more money for the effort. Senate Bill 200 is an effort to codify much of the work that has gone to curb pollutants since climate legislation was first passed in 2019, but it also sets firm caps on emissions for key sectors of the economy. The legislation, introduced Monday in the Senate and touted Tuesday during a Democratic caucus meeting, also aims to ensure that disadvantaged communities participate in the process and creates the position of environmental justice ombudsperson and a related advisory committee inside the Colorado Department of Public Health and Environment. “This bill is about meeting our climate goals, adding urgency, adding resources and making sure we are implementing the greenhouse gas roadmap plan,” said Sen. Faith Winter, of Westminster, one of three Democratic prime sponsors of the bill. It has no Republican sponsors. Legislators and environmental groups have been pushing the Polis administration to take more aggressive action on reducing greenhouse gas, saying analyses show that the plans rolled out so far are inadequate. Gov. Jared Polis, however, has embraced incremental rules and voluntary action In October, the administration issued its “Greenhouse Pollution Reduction Roadmap,” detailing how the state would meet the goals set in 2019 to cut carbon emissions 26% over 2005 levels by 2025, 50% by 2030 and 90% by 2050. The roadmap, however, was criticized by environmental groups for not having firm caps on pollution or regulatory policies to cut emissions. On Tuesday, the Polis administration pushed back on the pollution limits in Senate Bill 200. “While we are open to provisions in the bill, like the expanded focus on environmental justice and additional resources for the Air Quality Control Commission, we cannot support hard sector-specific emissions caps as the bill outlines,” Shelby Wieman, a Polis spokeswoman, said in a statement. The administration and the Air Quality Control Commission, which is in charge of implementing the greenhouse gas reductions, have also been criticized for the incremental, and some critics say slow, approach to adopting rules to cut pollution. “Our climate goals are only strong as commitment to execute them,” said Kelly Nordini, executive director of Conservation Colorado. “When we give that very clear direction, put those policies into law, it sends a clear signal.” Many of the elements in the bill are items the administration has been working on. “Senate Bill 200 takes the work of the administration and puts it into statute,” said Jessica Gelay, Colorado governmental affairs manager for Western Resource Advocates, an environmental policy group. For the most part, Gelay contended, the elements in the bill reflect goals and initiatives undertaken by the administration. “It Is really just trying to give them cover to get to the goals.” Among the key provisions in the bill are: Adding carbon dioxide to the annual emission fees already paid by emitters for other pollutants. This could create about $15 million a year to be used in implementing greenhouse gas reduction programs, according to calculations by Western Resource Advocates. Setting caps on emissions, in millions of tons of carbon per year, for a wide range of economic activities, including power plants, oil and gas operations and transportation. Requiring Tri-State Generation and Transmission Association, which supplies electricity to rural electric cooperatives, to file a binding plan to cut emissions 80% from 2005 levels by 2030. Requiring all electric utilities and cooperatives to cut emissions 95% from 2005 levels between 2035 and 2040. Setting a deadline of March 1, 2022, for emission-reduction rules to be in place and a July 1, 2022, deadline for all utility clean energy plans to be filed. Xcel Energy, the state’s largest electricity provider, is already required to file a clean energy plan under the 2019 greenhouse gas law. Tri-State is the second largest power provider in Colorado. Want exclusive Colorado political news and analysis? Subscribe here to get The Unaffiliated, the twice-weekly political newsletter from The Colorado Sun. People of color and indigenous people and low-income communities are disproportionately impacted by pollution, the bill says, and it directs the Air Quality Control Commission to take this into account in its rulemaking. “It’s beyond time we do what the people are asking and what the science calls for,” said Ean Tafoya, co-chair of the Colorado Latino Forum. “I didn’t think we’d need lawsuits and legislation to get legitimate targets that put health and safety first, but alas, here we are.” Staff writers Michael Booth and Jesse Paul contributed to this report.