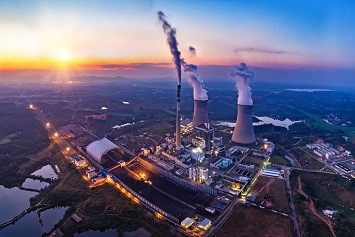 The Biden administration indicated it will not be reviving the Clean Power Plan (CPP), which should bring a sigh of relief for industry, according to a memo issued on February 12, 2021, to EPA regional administrators by Joseph Goffman, the acting assistant administrator for the EPA’s Office of Air and Radiation. “As a practical matter, the reinstatement of the CPP would not make sense,” Goffman wrote in the memo, which was prepared in response to the D.C. Circuit Court of Appeal’s decision vacating the Trump administration’s Affordable Clean Energy (ACE) rule in January 2021. “The court’s decision vacated the ACE rule, including its requirements that states submit State Plans by July 8, 2022,” according to the memo. “Because the court vacated ACE and did not expressly reinstate the CPP, EPA understands the decision as leaving neither of those rules, and thus no CAA section 111(d) regulation, in place with respect to greenhouse gas (GHG) emissions from electric generating units (EGUs).” First Things First The Biden administration is in the process of having its pick, Michael Regan, confirmed as the head of the EPA. “During his confirmation hearing Wednesday, Regan explained to the Senate Environment and Public Works Committee that EPA staff would draw lessons from the regulatory records of rules from the last two administrations before constructing their own,” according to E&E News. “‘The reality is that [the lack of an existing standard] presents a significant opportunity for the Environmental Protection Agency to take a clean slate and look at how do we best move forward,’ Regan told the committee. ‘There are lots and lots of, I would say, examples of success and failure that we’ve seen in past tries.’” Looking Ahead Biden has promised to make the energy sector carbon neutral by 2035. Even the stringency of the CPP’s rules would not meet that standard. With a clean slate, thanks to the D.C. district court’s ruling, the Agency is free to draft its own plan to meet Biden’s emissions goals. Trump’s ACE rule hoped to tie up future administrations from shifting to cleaner technologies across the energy sector. The circuit court’s decision to vacate the rule saved the Biden administration years repealing and replacing the ACE and having to undo what “some analyses showed might have increased cumulative greenhouse gas emissions by extending the lives of some coal-fired power plants,” according to E&E News. “‘That’s why the D.C. Circuit opinion is so important,’ said Hana Vizcarra, a staff attorney with the Harvard Law School’s Environmental & Energy Law Program,” E&E News reports. “It gives them more time. They don’t have to focus on undoing [the ACE] rule in order to start something new and fight over that. They can start fresh and really start the process of designing something new.” For the Biden administration, the sky’s the limit, literally, for new CAA enforcement rules. However, it remains to be seen which route the Agency will take as it moves ahead with its shift to clean energy technology.