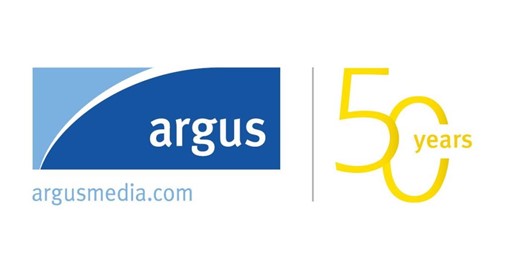 Moscow may see a geopolitical advantage in a Trump win, but the US and Russia will remain competitors in energy markets, writes Haik Gugarats It is obvious to any Kremlin watcher that Russian president Vladimir Putin would prefer that his US counterpart, Donald Trump, defeat the Democratic challenger, Joe Biden, in next month's US election, even though the Russian energy sector has little to gain from a second Trump term. Initial Russian hopes that the US might ease sanctions under a Trump presidency have been disappointed, and the US incumbent's competitive view of energy markets promises little relief from Washington's efforts to curtail new Russian export pipelines. But the advantage perceived by Moscow of a second Trump term is geopolitical — the US president's apparent admiration of Putin and an isolationist approach to foreign policy that allows Russia to reassert influence in its immediate neighbourhood and the Middle East. Trump is signalling that re-election would finally give him free rein to implement his foreign policy vision, including closer ties with Russia. "There is not a lot left to sanction" in Russia, White House national security adviser Robert O'Brien says. And, explaining a relatively mild US response to Belarus' disputed presidential election, O'Brien says the country is in Russia's "sphere of influence" — a statement that would have been hard to imagine coming out of Washington just a year ago. O'Brien's predecessor, John Bolton, last year rejected a Kremlin proposal to ease off on its support for Venezuelan president Nicolas Maduro in exchange for the US acquiescing to Russia's de-facto control of eastern Ukraine. But Trump's pursuit of grand deals with China and other countries has proven difficult to implement, in part because of the inconsistent views he has expressed. The White House says there are no new targets for sanctions, but the State Department is ramping up pressure against Russian state-controlled Gazprom's nearly complete 55bn m³/yr Nord Stream 2 pipeline to Germany. Trump views the project through a competitive lens, as undermining US LNG exports to Europe. Old enemies A Biden administration would oppose Nord Stream 2 as well, but his team is likely to pay greater attention to arguments made by the US' European partners, which have pushed back against the reach of US sanctions. Strong reaction in Germany to the poisoning of Russian opposition activist Alexei Navalny has raised hopes in Washington that Berlin would reconsider its support for the project, making it easier to impose US sanctions. Regardless of US election results, Congress later this year is likely to pass legislation aiming to disrupt completion of the pipeline. Biden's long career in politics provides enough fodder for Moscow to be concerned. As Barack Obama's vice-president he denounced "Russian energy dominance" in Europe and advocated for providing advanced weaponry to Ukraine to confront Russian-backed rebels. Every US Democratic official wants to punish Moscow for its alleged interference in US elections, but the issue is personal for Biden. Democratic national security experts say Russia has directed a misinformation campaign, which Trump has relied on since 2019, to cast Biden's son Hunter's past involvement in Ukraine's energy sector as evidence of his father's corruption. But potential new sanctions that the Biden team has outlined are limited to targeting Russian sovereign debt issuances and freezing the assets of oligarchs deemed to be in the Kremlin's orbit. Unrelated initiatives by a Democratic administration would have greater consequences for Russian oil and gas producers. A potential lifting of US sanctions against Iran would complicate the Opec+ group's supply management exercise. But Biden's domestic energy policies would cap the upside for US crude production on federal lands at a time when US shale is being battered by low prices and declining investment.