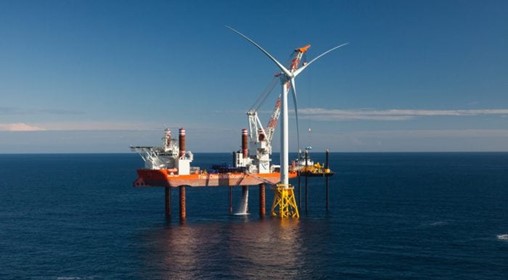 The benefits of offshore wind power have become indisputable. While it takes significant investment to bring these sources of power about, we can see that where offshore wind is being introduced, jobs are being created and clean, sustainable energy is being generated. Despite these clear and appealing benefits, however, only a handful of countries have made significant progress toward embracing offshore wind in a meaningful manner. Of the countries leading in offshore wind power, just three—China, Germany, and the UK—account for more than 80% of worldwide installations. The UK leads (at 34%), and is expected to obtain one-third of all its energy from wind power by 2030 (with tens of thousands of new jobs created along the way). So, what would it take for the U.S. to inch toward that group of leaders? With many Americans increasingly focused on clean power and broader sustainability efforts, it’s a fair question to ask. And there are a few developments and steps that would seem to make for the clearest path forward for offshore wind viability in the U.S. Ongoing Struggles for Oil & Gas There hasn’t been much good news in 2020, but some with interest in the clean energy movement have seen silver linings in the oil and gas industry’s struggles. As a result of decimated demand due to the coronavirus, this industry experienced a catastrophic crash in March and April. And while the movement in oil’s trading price since has shown some recovery, it’s been anything but complete. Oil is still trading much lower than it typically does, demand remains unreliable, and major producers have had to curb output to avoid further price crashes. There are no guarantees about how all of this will play out, but some see it as the development that was needed for renewable energy to gain ground. An oil and gas industry that is even partially crippled will make way for alternative fuel and energy sources, including offshore wind power. And if the oil and gas struggles continue, we could even see meaningful shifts in energy investment. Government Emphasis on Clean Energy Without getting too far into politics, it’s important to note that government policy will play a role in any meaningful transition toward offshore wind power as well. Somewhat surprisingly, some analyses of clean energy and the 2020 election actually suggest that the industry is poised to progress regardless of outcomes. The suggestion is that there’s an inevitability to clean energy, and that in time, we’ll see more renewable options regardless of politics. With that said, there’s no denying the fact that some in politics prioritize the transition to cleaner energy more than others. Should changes in the government this year result in more power for those who want to focus explicitly on environmental sustainability and energy-related job creation, the U.S. will have moved closer to the widespread viability of offshore wind power. Demonstrated Effectiveness and Public Buy-In We mentioned above that the UK is already seeing significant job creation and the availability of clean power as a result of its emphasis on offshore wind. But information from overseas isn’t necessarily likely to move the American public—at least not as much as the same information at home would be. However, there is some hope of a snowball effect once offshore wind power does begin to expand in the U.S. That is to say, if Americans see for themselves that offshore wind is a developing industry—one providing new jobs and clean, affordable energy—public demand for a focus on clean power could intensify. It may be that in a few years’ time, it will be in the best interest of government officials and related companies alike to satisfy that demand. Investment from Key Companies Perhaps most important of all will be significant investment from key companies in the energy sector. This may come about as a result of greater government emphasis or a declining oil and gas industry, but it’s still the step that will truly bring about meaningful advancement in offshore wind power (and, possibly, that snowball effect). Fortunately, it’s also something we may be witnessing the beginnings of. POWER covered changes being made by Duke Energy in the Carolinas, in pursuit of net-zero carbon goals by 2050. And among those changes are the transition away from coal and significant capital investment in renewable energy sources, including offshore wind. It’s only one example, but it’s a big one, and it’s the kind of story we’ll be seeing more of when the U.S. is ready to make more of a leap toward harnessing offshore wind. —Alyssa Regina Rose is a writer with a passion for the environment. She believes that the world needs to switch to renewable energy now and hopes that her articles help people understand why.