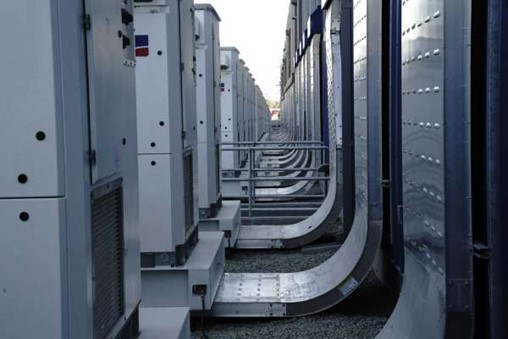 Conventional wisdom maintains that wind and solar power depends on affordable energy storage, and until battery prices drop, the United States will rely on natural gas and coal-fired power plants. A few years ago, most analysts thought it would take decades, but the clean energy future is much closer than most people think. Able Grid Energy Solutions started construction last month on the largest stand-alone battery storage project in Texas, capable of providing 100 megawatts to help the Electric Reliability Council of Texas maintain and stabilize the state’s grid. The Chisholm Grid project will be one of the largest in the world. This new energy storage system is just one of many under development in ERCOT, signaling the arrival of affordable batteries on the system that meets 85 percent of Texas’ electricity demand. ERCOT expects battery capacity to triple this year over 2019, and then nearly triple again in 2021 to almost 1.2 gigawatts, enough to power 840,000 homes for XXX and enough storage for the power generated from 3 million solar panels or more than 400 wind turbines, according to the Department of Energy. Project developers have proposed another 8 gigawatts of battery storage projects and are awaiting ERCOT approval, according to applications analyzed by PV Magazine, a solar energy trade publication. Many of the proposed battery projects are connected to solar farms so they can take advantage of federal tax credits. They will supply power from when the sun begins to set until West Texas wind picks up after dark. For a look into the Texas power grid’s future, check out ERCOT’s monthly Capacity Changes by Fuel Type report. July’s edition shows solar and battery projects are proliferating, while wind and natural gas remain stable. ERCOT forecasts Texas will have plenty of electricity as it relies more on wind and sun. Battery projects are growing around the world. Authorities in California, where the aging transmission system has triggered blackouts, have announced the world’s largest battery project, capable of supplying 250 megawatts. Globally, battery storage is expected to grow 500 percent by 2025, according to IHS Markit, an energy data analysis and consulting firm. “The growth highlights the increasing competitiveness of battery energy storage to provide critical capacity,” IHS researchers concluded last month. Sales of battery-storage hardware are expected to double to $9.5 billion in 2025, the report added. The Department of Energy played a critical role in developing large-scale battery technology, and affordable battery storage proves that government funding for basic research and pilot projects can lead to technological breakthroughs. Battery research is making strides every day, such as the University of Texas at Austin’s recent breakthrough in liquid flow battery technology that could make large-scale storage projects more affordable. Federal investment tax credits have encouraged companies to commercialize the technology and scale it up, and thereby bring costs down. Battery module prices are expected to fall by 32 percent by 2025, IHS Markit forecasts, about the time the tax credits will roll-off. Most important, though, are competitive wholesale electricity markets, like the one pioneered in ERCOT. Prices change every 15 minutes based on electricity supply and demand, which allows battery operators to store power at night when power is plentiful and then discharge when demand is high. Battery makers are finding opportunities around the world, whether in wholesale markets in Australia and the United Kingdom or in France, where the government wants to install 253 megawatts by 2023. China will become the world’s second-largest energy storage market, behind the United States, with 6.5 gigawatts of new capacity by 2025, IHS Markit reported. Admittedly, these are small numbers when you consider global power demand. But battery storage is becoming cost-effective and will only accelerate as costs decline further. For the last 20 years, I have listened to naysayers criticize wind turbines, dismiss photovoltaic panels and reject battery storage as pie-in-the-sky silliness. One by one, though, technologists and business innovators have overcome barriers to deliver these products to market. To mitigate global warming, though, we need to adopt these technologies even quicker. Storms are becoming more powerful, sea levels are rising and droughts are worsening. We are not reducing carbon dioxide emissions fast enough, and these technologies are a necessary part of the solution. Even if you do not think climate change is important, why wouldn’t you want to switch to renewable energy that does not require extracting and burning fossil fuels? Why not take advantage of limitless fuel sources? The energy transition is accelerating and frightening many. The Texas industrial complex will need to change. But the state’s evolving electricity grid offers amazing opportunities too, for those willing to change with the times. Tomlinson writes commentary about business, economics and policy. twitter.com/cltomlinson chris.tomlinson@chron.com