The Colorado Sun30 day(s) ago 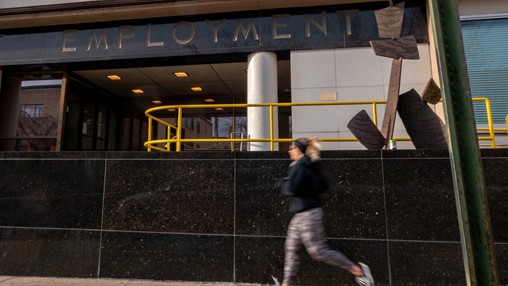 Colorado will pay jobless workers an extra $300 per week starting in mid-September after federal officials approved the state’s request for more unemployment aid. But if you’re just now filing for unemployment, you’re too late. The federal Lost Wages Assistance program provided enough funding to last just three weeks, so the state will first pay people who were receiving unemployment as of July 25, when the previous federal benefit ended. About 300,000 Coloradans are receiving some sort of unemployment benefit. Anyone who filed for unemployment after Aug. 15 won’t qualify for the $300. Colorado was one of eight states to apply for the $44 billion that President Donald Trump earlier this month authorized FEMA to set aside for extended unemployment benefits, according to the state Department of Labor and Employment. According to The Sun’s calculations, that’s about $253.8 million in federal money. Trump issued a controversial executive order creating the program to offer unemployed workers $400 a week. He asked the states to provide $100 of the $400 weekly payment, but many, including Colorado, said they didn’t have the cash to spare. However, no decision has been made about whether the state will cough up the extra $100 per claimant, according to the Colorado Department of Labor and Employment. “This additional benefit of $300 per week will put at least $265 million into the hands of our unemployed workforce who have been impacted by the economic downturn caused by the pandemic, and provides critical support during this time of extreme need,” said Joe Barela, executive director of the labor department. The new Lost Wages Assistance program replaces the congressional Pandemic Unemployment Compensation program, which paid out $600 per worker each week as long as they qualified for $1 of regular unemployment benefits. PUC was made possible by the federal CARES Act, and Colorado paid out $2.4 billion in PUC benefits. But the PUC benefits expired on July 25. Trump stepped in with an executive order on Aug. 8, after Congress failed to reach agreement on a new coronavirus relief package. The U.S. Senate has since recessed and doesn’t plan to return until Sept. 8. The new LWA unemployment bonus is available to people on regular unemployment and also federal Pandemic Unemployment Assistance, which is the program paying benefits to gig and self-employed workers. But one change from before is that those receiving less than $100 a week in regular unemployment benefits are not eligible for the $300. That leaves about 6% of unemployed workers ineligible for the bonus weekly pay. According to the state, the average weekly payment for a person on unemployment is $350. Eligible workers don’t need to do a thing and will be paid as soon as the state reprograms its computer system. The Dept. of Labor also has not determined whether it will pay out one lump payment or multiple payments. The state received $632,737 to administer the new benefit. The latest from The Sun What it’s like for the 100-plus Colorado College students stuck in their dorm after a peer tested positive for coronavirus