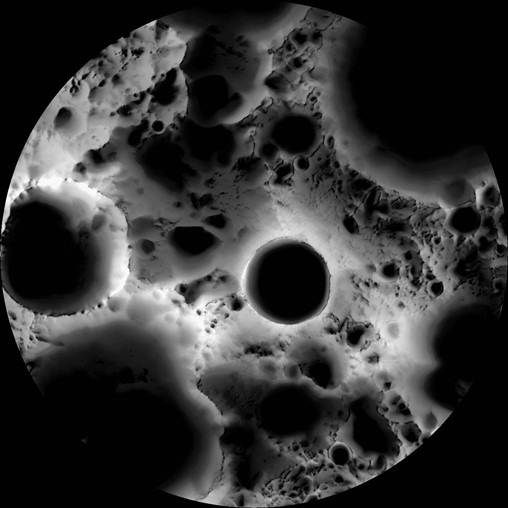 What will it realistically take to ready a fission surface power system (FSP)—a small (maybe modular) nuclear reactor—for deployment on the moon by 2027? That’s essentially what Battelle Energy Alliance LLC (BEA), the Department of Energy (DOE), and the National Aeronautics and Space Administration (NASA) are asking the private sector in an interesting request for information (RFI) issued on July 23. According to the RFI, because space exploration is going further and spanning longer periods of time, NASA has identified a need for a lunar FSP system to provide reliable, durable, and resilient energy for an installation on the moon, and it is pushing forward on efforts to develop one for launch readiness “no later than” Dec. 31, 2026, under the Space Technology Mission Directorate’s Technology Demonstration Mission Program Office’s Nuclear Fission Power Project. The system is envisioned to support exploration of the south polar region of the moon, but the entities also want the final lunar system to be designed so it can extensibly operate on the surface of Mars “without significant redesign or modification.” NASA has honed in on the lunar South pole because, based on observations from orbit, it contains ice and may be rich in other resources. “The South pole is far from the Apollo landing sites clustered around the equator, so it will offer us a new challenge and a new environment to explore as we build our capabilities to travel farther into space,” said Steven Clarke, deputy associate administrator of the Science Mission Directorate at NASA Headquarters in Washington. NASA has also noted that the South pole is a good target for a future human landing because NASA’s Lunar Reconnaissance Orbiter “has collected the most precise information about the South pole region than any other, offering scientists precise details about its topography, temperature, and locations of likely frozen water.” As a first step, the RFI seeks input (by Sept. 1) from industry manufacturers and partnerships capable of designing, building, and operating a prototype engineering design unit (EDU) on “innovative technologies and approaches for preliminary designs of a FSP system” that NASA could then test and validate operation on the moon. The next step will then entail a request for proposals, which will lead into Phase I, culminating in a preliminary design of a FSP EDU. BEA—which is the management and operating contractor of the Idaho National Laboratory (INL), an emerging hotspot for advanced nuclear reactor technology development—anticipates awarding up to three different FSP preliminary designs under Phase I, which is expected to span nine months. If all goes well, NASA may then sponsor a second competitive procurement for Phase II, which will include a final FSP design—and that includes manufacturing, construction, and ground testing of a prototype FSP-EDU. Phase II could ultimately produce an additional test-qualified FSP “flight system” (FSP-FS)—which would be delivered to the launch site for deployment on the moon. All these steps are slated to occur within the next six years. Notably, however, the design goals are ambitious. The autonomously controlled FSP system must also be able to provide at least 10 kW at the interface end of a 1-kilometer cable, and 120 V (DC) at the user interface of the cable. Reliability is a big concern: operational goals call for the system to be “capable of surviving a single credible failure without reducing electric power capacity by more than 50%.” And, it must have a minimum operational life of at least 10 years at full power output. BEA is notably urging respondents to design the system to be “scalable upwards” and maximize power without “significant design change.” BEA also recommended that the system be capable of operating “as one of multiple interconnected modules as part [of] a larger power system.” Meanwhile, the FSP system must also be as small as possible—lighter than 3.5 metric tons (7,700 pounds), and ideally 2 metric tons. That mass should include a radiation shield and other components necessary to help it survive the harsh environment, as well as vehicle launch and landing. A “suite of potential solutions for the FSP system to protect human life and critical electronics from reactor-created radiation” may also be included on the required “mass of equipment” list. Critical communications systems—capable of full operation from Earth—may also be included on that list. According to the RFI, interested parties should submit a capability statement of no more than 10 pages, including cover letter and any attachments, describing their approach to a preliminary FSP design and programmatic approach for the two-phased effort. After receiving responses, INL said it will issue a request for proposal. “The prospect of deploying an advanced reactor to the lunar surface is as exciting as it is challenging, and partnering with the most forward-thinking companies in the private sector and national laboratory system will help us get there,” said Dr. John Wagner, associate laboratory director of INL’s Nuclear Science & Technology Directorate. —Sonal Patel is a POWER senior associate editor (@sonalcpatel, @POWERmagazine).